The Hannah Project Partnership for Academic Achievement is a community-based education and cultural organization located in Marin City, California.  Utilizing culture and the arts to undergird its educational programming, the Hannah Project seeks to both build community and promote the value of achievement among low income black and brown youth and their families.  Our intent is to make college and career both an expectation and a norm. Though our roots lie in the faith community, we are non-sectarian and welcome everyone to fully participate in our efforts.

The mission of the Hannah Project is to boost the academic proficiency and college attendance of Marin City and other low income youth of color by working in partnership to promote a community culture that encourages achievement, celebrates heritage, and equips families and students with the knowledge, skills, and strategies to fulfill their dreams and ambitions.

We envision an engaged community that values children, education, service, and culture and is committed to passing on these ideals to ensure intergenerational cohesion, vibrancy and success.

What's in a name?

The biblical Hannah audaciously longed for a son - never giving up hope that God would hear her cries - and vowing when He did, to return him to the  temple to serve God "all the days of his life."   And when her son was born, she did just that. Hannah's son Samuel  became the first prophet of Israel.  By naming the organization the Hannah Project, we honor every mother, every family that wants the best for children and are committed to giving them the opportunity to fulfill their dreams.

The Hannah Project did not begin as an intention. It was simply a response to the call of a mother, a fellow parishioner, desperate to ensure that her child avoid dropping out of high school as she had done.

"Will you talk to my daughter about college?" was the question.

And with that response,  it began…Unnamed,  unconscious certainly,  but living. A mother and her succor conjoined in a collective cadence - a call and response  rhythm.  Baptized by prayer.  Fueled by  faith.  Hoping to change the trajectory of a child's life.  It was the fall of 2006.

By 2007, the "it" had  begun to take shape, and I decided to name the work  I was embarking on - helping families and children navigate the pathway to a better future - Hannah - in honor of the biblical woman/mother of faith.

First arguing that it was a mistake to focus only on high school students; making the case that we needed to work with younger students; introducing the Children's Defense Fund's Freedom School as a model approach to exciting children of color about learning;  never losing sight of parents' voice; urging us to go beyond academic tutoring to better understand trauma  and other socio-emotional issues confronting families and children; recommending that we place special emphasis on black and brown boys;  recognizing culture and the arts as an integral part of the development of positive self-image and mindsets; maximizing the power of space and convenings to create common ground among diverse community groups; uncovering entrenched disparities in local school systems; being unafraid " to speak up and speak out" - daring to talk about racial injustice; this motley crew of impassioned actors has helped craft a cogent response to the plague of systemic racism and its residual  - the achievement gap.

I am so proud of the foundation that  has been laid and the  inspiration, values, and legacy - the bequest  left by our "founding mothers" to the next generation of leaders.  I am most grateful.

The Board of Directors

Marin City is a small community, but it is microcosym of the disparities and inequities that plague larger urban areas. It is impossible to be effective in this environment - to bring about the change and transformation that our constituents deserve - without partnering with a range of organizations: Bridge the Gap, Marin City Community Services District, Marin City Community Development Corporation,  Marin County Library,  Marin Interfaith Council, Marin Promise, Performing Stars,  Play Marin,  Sausalito Marin City School District, Tamalpais High School District & National Park Service. 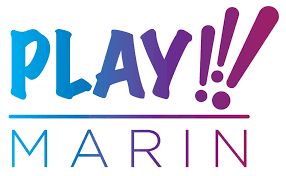 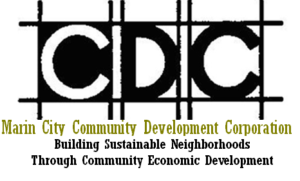 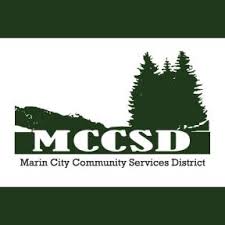 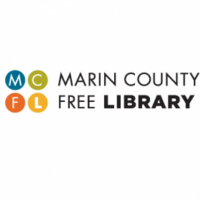 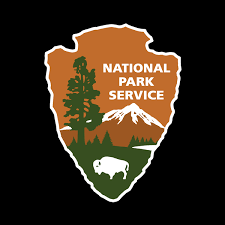 Ethel Seiderman's inexorable insistence on addressing injustices and encouraging the development of human potential were the wisdom and energies she shared in the world. Expand

Nowhere was this more visibly apparent than her knowledge of, and expressed love for, children. Through the Parent Services Project and the San Anselmo Childcare Center, she had come to know, in fact cared for,  a host of Marin City families and their babies. She felt Marin City's children deserved better and as a Hannah Project Board Member, she committed to making the Freedom School her vehicle to make that happen. She made it her mission to ensure Freedom school's  success, constantly making personal pitches to friends and influencers  on Hannah's behalf. She loved the joy and energy of  the Freedom School Harambee.  She loved how happy the kids were and how Freedom School made them feel. But she not only loved the children, she loved us. She was everyone's friend/mother, making time and space for each one.  Like pearls , we all had our place on her necklace of love. The Ethel effect can be remembered as an F-word: famously frank, fiercely fearless,  fabulously fashionable,  faithful, funny, fun  - a formidable fighter and a  force of light, love, wisdom and justice. XOXO

Shirley Ann Thompson had deep roots in Marin City. A daughter of migrants from Louisiana and Arkansas who came to Marinship in the early 40's fleeing Jim Crow and seeking a better life, Shirley inherited a strong worth ethic, sense of fairness, a commitment to community betterment, and an indefatigable faith. Expand

An administrator by profession, an avid bowler and Golden State Warrior fan,   Shirley's true advocation  was making sure her adopted son Michael and her grandson Blake (whom she raised) had the academic and social enrichments that their other Marin counterparts had -advantages that she wanted for all children and felt  all children deserved.  Shirley's civic involvement and advocacy for children was most pronounced at Willow Creek Charter Academy where she spoke out  frequently - insisting   that black and brown students receive fair  and equitable treatment and the school adopt a curriculum reflective of the diversity it touted. Her tenacity and courage   in the face of health challenges and single parenthood made her an inspiration to the next generation of parent leaders.  Parent engagement is foundational to the work of the Hannah Project and Shirley  Thompson, a  consummate parent/volunteer/advocate, helped build the foundation which anchors our success.   Willing. Available.  Always showing up. Speaking out.  Doing and giving what was needed - even  when not asked.  Caring so much for all of the  children.  For all that you stood for - for being such a friend. you  have our sincerest gratitude, Shirley Ann. XOXO

Delores Talley was the kind of civic leader every community treasures: engaged, resourceful, and committed. A long-term Marin City resident,  a former Sausalito-Marin City School Board Member, and a St. Andrew parishioner, Delores' knowledge of the educational environment in which Hannah operates made her an invaluable asset as Hannah Project Board Director. Expand

She was self-sacrificing, wholly supportive, sympathetic, sincere - and in the truest and highest sense of the word, a servant.  Whether baking lemon cakes for our Mother's Day celebrations, reading one-on one with students, soliciting donors, showing up at school board meetings or protests, or bringing fresh fruits to the Freedom School from the St. Andrew's food bank, she was committed to service and performed each task with a sense of honor, humility and joy. Delores would even appear at Harambe at 8:30 am   just to sing "Something Inside So Strong" with our scholars. Her love and commitment were all the more amazing because she did this all while taking care of her mom, her brother, her husband. Her voice - whether heard lovingly singing in our production Freedom School: A Musical or when softly delivering sage advice at our organizational meetings - was a melody of  grace, unwavering  intention, and love.  We honor and appreciate her sacrifice, gifts and talents "to support the kids". We love her as she loved them - with our whole heart.

Juliet Simpson "Knowledge is power," Juliet Simpson was fond of saying, and for more than 35 years, she spent most of her days empowering students with knowledge , the love of reading, and the life skills that she knew they would need to succeed. Expand

Working in the Fairfax school district for 19 years and  an additional 16 years in the Richmond School District before retiring, it was not long after retirement that  Juliet found her way into a classroom as a volunteer at Bayside/MLK Academy in Marin City. When the  school referred six  second graders who could not yet read and who  had been labeled "difficult" to the Hannah Freedom School for the summer, we immediately turned to Juliet for help. Juliet's kind, but no-nonsense approach, her joy of teaching, her  devotion to  reading, her ability to draw the best out of students, soon won them over.  By the end of summer, they were all reading with greater fluency  and comprehension.  That summer was just the beginning of Juliet's relationship with the Hannah Project.  She fell in love with Freedom School and we fell in love with her.  In  the ensuing years, she was always there to help  until her health no longer permitted it. Thank you, Ms. Julie,  so much.